What is a BACKORDER? INFO⚠

Join the waitlist to be emailed when this product becomes available 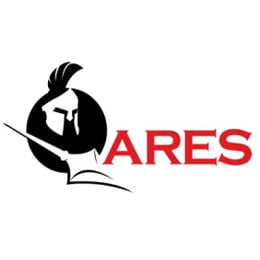 The L85 belongs to the SA80 family of British rifles and has been the mainstay of the British armed forces for decades. Throughout its storied history, the rifle has seen many different upgrades and has been used in diverse theaters of warfare which the Brits have participated in. Needless to say, it’s an instantly recognizable platform and is synonyms with the British as the M4/M16 is with the Americans.

The A3 was first unveiled in prototype form in September 2016 with working models on display in September 2017 at the Defense and Security Equipment International event and official adoption took place in 2018. The changes from the A2 design included a modification to the upper receiver and a full-length rail system for optional add-ons such as a vertical foregrip, laser, and weapon light. It also included a weight saving of 100g (3.5oz) and a new FDE (Flat Dark Earth) coating for better camouflage across various environments.

The airsoft version is a faithful replica and feels exceptionally solid when shouldered. Being a full metal gun, it does have some weight to it but it’s not overbearing. The redesigned slimline Keymod rail gives the L85A3 a very sleek look and makes it feel more in-line with many current weapons systems from other NATO countries.

The L85A3 is internally compatible with ARES EFCS and ARES M4 AEG parts making it easy to work on. As mentioned it does house the ARES EFCS which will ensure consistent delivery of performance with every trigger pull.

This rifle is compatible with standard M4 AEG or ARES M4 AEG magazines.