There are many essential roles for an airsoft sniper to play – in this article we discuss the various situations you may find yourself in.

Airsoft Sniping is an acquired taste within the skirmish field, many people try it and find out it is not for them, subsequently selling on all of the specialist gear shortly afterwards. There are usually comparatively low “kill counts”, very few shots fired, and should you end up in a firefight, you are likely to be at a distinct disadvantage. That short warning out of the way however, you don’t know if its for you until you try it, do you!? 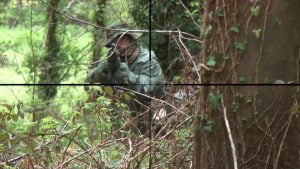 As a general rule, Airsoft snipers are more experienced players, with a good knowledge of field craft, such as camoflague and concealment, and a reasonable high level of marksmanship. For many people, there is a debate as to what qualifies a true sniper.

Many people think it is the person who uses their skills well enough and does the job succesfully (myself being one of the people who feel this), others feel that a true sniper is someone who uses a specialist “sniper weapon system” (SWS), usually a bolt action rifle, and other specialist items such as a ghillie suit. Anyone else may well be a marksman, but not a true sniper.

I personally feel that a sniper should display a high level of competency in field craft, marksmanship, and an ability to work and survive by themselves, or in a very small group. the kit that they use is of no consequence to me as to the standing of the person, if these qualities are displayed, then the person in question is certainly a sniper in my eyes. As such, I will not be including a section on kit personally in this article, but rather say, go with what works for you. For a more indepth look at the type of gear needed please check out our Airsoft Sniper Guide.

An airsoft sniper can be called upon for a number of tasks, not all of which even involve firing shots. Indeed, a few could be done without the rifle at all. Below are a few of the most common tasks a sniper could be called on to do; 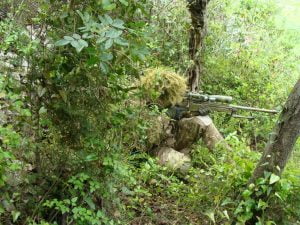 One of the tasks a sniper is best suited to, I feel. Using his high level of camouflage and stealth skills, it is possible for a sniper to move into position to observe the opposition’s movements, strengths, layouts, etc. With the aid of the magnifying optics many snipers use, the need to get close is also eliminated.

When used in this role, it is possible for the sniper’s team to thwart any impending attacks by concentrating their defence, defeat the enemy by attacking their weak points, etc. By acting on this intelligence, many games have been won.

One of the most common roles for a sniper is that of demoralisation. By the careful selection of targets, it is possible to break the morale of an opposing team, and seriously hinder or even halt an advance. This is all dependant on taking out the right targets, however.

Some such potentials are listed below:

The most obvious people to aim for. If someone is taking charge of a team, and gets eliminated, that team has no direction. This tactic works even better if the other team has a large number of newbies in its makeup, as they are a lot more reluctant to emerge from funkholes or bushes, etc if they see more experienced people, with their heads screwed on, and who know what they are doing, get taken out around them.

This is becoming a favourite tactic of many. When the enemy begins to emerge from cover and move, the first man gets eliminated. This very quickly leads to a total halt or a serious hindering of the advance, as people become more and more reluctant to move, due to fear of elimination. This is also effective when the second man is targeted. This leads to reluctance to move due to lack of support. One person can call the move, and there is usually a very hesitant reply as to who follows. Again, this tactic works best against newer players in a standard respawn game, as veterans can more readily see that the losses are needed, whilst it is much easier to instill a “you go first” “no you go first!” mentality into newer players. 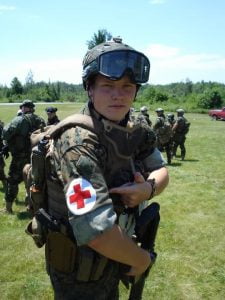 Medics are a long favoured target, and whilst there is an element of immorality to it, it works. Shooting someone in the open when a medic rule applies is likely to have one of two effects.

Either one or more medics makes moves to retrieve and treat the “casualty”, thus resulting in either elimination of the medic (or if the opposition is incompetent, all of the medics), or in the halting of the advance as maneuvers are conducted to safely retrieve the “Casualty”.

This tactic works wonders when combined with a game where there is one designated leader for a team. If he can be wounded, then his team is more likely to put more on the line, and try harder, to recover him.

A sniper, holed up in a position overlooking a bottleneck, important piece of land, or objective can cause merry hell with the opposition’s attempts to move or recover the objective. By simply eliminating anyone who presents themselves, it is possible to stop the enemy as they try to push through. This is a simple enough tactic, although a few words of warning. This is very temporary, as an experienced opposition team will quickly attempt to rush the location, knowing the limitation of sniper’s tactics and equipment. The length of effectiveness can be increased by placing multiple teams around, or having a backup force, armed with automatics, located nearby.

Possibly the hardest job a sniper could undertake. “Hunting” someone, who thinks, acts, and works very similarly to yourself. The counter sniper game is very much one dependant on who can position themselves better, and anticipate the next move sooner. If you can figure out where the other man/woman would be, often in a situation where you are being called on to focus on other objectives, a task requiring great mental concentration, then you can excel in this role.

As a further note to take for all these points, in order to increase the amount of time you can lie undetected, do not fire at every target that presents itself, as experienced players will soon be able to figure out where the fire is coming from, and pin you with suppressive fire.