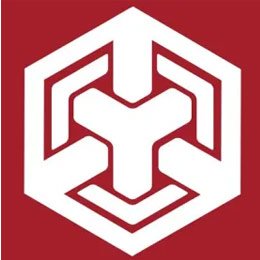 This series of three replicas is inspired by the 1911 customs created by Auto Ordnance to commemorate World War II. The SQUADRON refers to the volunteer pilots who fought during World War II in the 1st American Volunteer Group. The squadron’s nickname comes from a painting first done by Eric Shilling, one of the pilots, on the nose of his aircraft depicting a gaping shark’s mouth. It was inspired by the paintings done on the Messerschmitt Bf 110 by the pilots of the Luftwaffe’s Haifischgruppe (“Shark Group”).

Replica developed in partnership with the exclusive worldwide Auto-Ordnance license
Replica with a full metal body
A slightly damaged body to give you the feeling of a “Combat Used” (you can damage it further as you wish)
Gun metal paint used to give that real steel feel
Textured real wood grip with United States marking
1911 safety on the grip and a safety on the slide
Equipped with an attachment area at the bottom of the grip to add a lanyard
Squadron – engraved slide with the famous American star symbol and “US” engraved on the bottom of the grip
Slide engraved with a WWII fighter plane (P40 / Hurricane, etc.), with the famous shark mouth design

Auto-Ordnance Corporation was created in 1916 by retired US Army colonel John T. Thompson, to make the SMG he designed and was named after him.

Making various weapons and producing parts for other gunsmiths, Auto-Ordnance grew well during the 30’s and 40’s. After World War II, the company kept producing Thompson SMGs for the US armed forces and police departments, as well as for the civilian market, including collectors ; in both full and semi auto.

In 1996, Auto-Ordnance was bought by Kahr Arms. It galvanized the company, who now only produces semi automatic Thompson SMGs, as well as M1 carbines and commemorative M1911 clones.