The Griffin Armament M4SD series of silencers are known for their perfect combination of lightweight and durability whilst still providing peak performances. Their products are a result of a ten year study of sound suppressor design and a rigorous seven year R&D program put together from computer design, field testing and actual combat operations in Afghanistan during Operation Enduring Freedom.

The second generation version of the PTS Griffin Armament M4SD-K Mock Suppressor encompasses the latest Griffin Armament suppressor design.  The special machined fluted surface design reduces weight while increasing body strength. On the real suppressor, the increased surface area aids heat dissipation for greater longevity and durability during sustained use.  The 5.75 inch long M4SD-K’s ultra-compact size aids in maneuverability and minimally affects the weight balance of the gun. It also features Griffin Armament’s trademark SDQD mounting interface,well-known as one of the fastest and most secure mounting interfaces on the suppressor market.

Win an EC18c Gen 4 Full Auto GBB Pistol!  The 18c is one of the most popular pistols on the market today.  This full metal, full-auto EC18 Gen 4 gas blowback pistol features sharp, crisp recoil and is extremely accurate.  With the option to switch to full auto when it’s really needed makes this one of the most fun pistols to use in an airsoft battle! 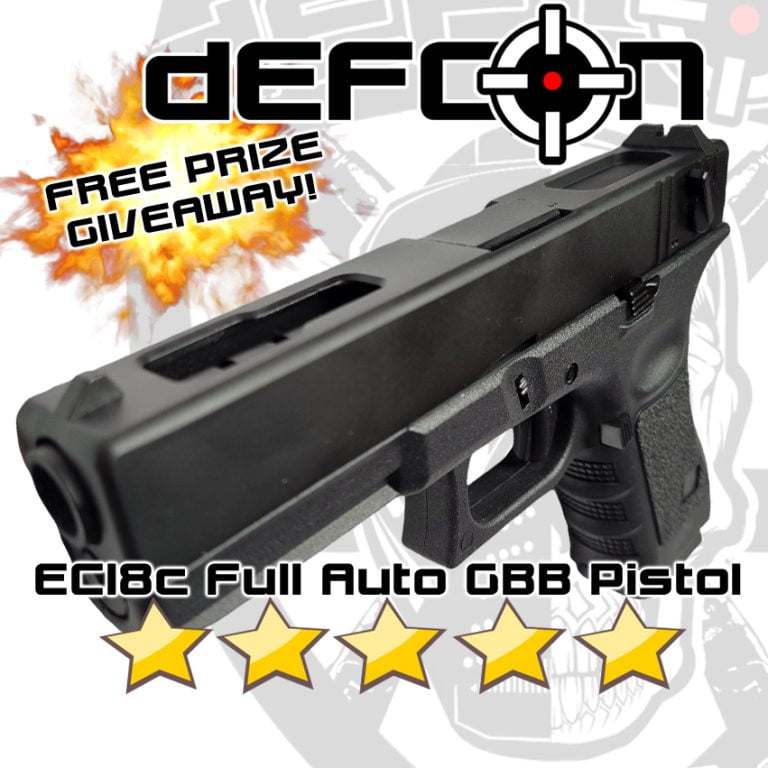