Pyrotechnics are available in thousands of designs and serve many different purposes. For Airsoft however, we are mainly concerned with hand thrown devices which mimic the various types of military hand grenade that is in use today.

By thrown we mean placed on the floor and a calm retreat made, they are fireworks, after all! (Yeah, right!)

Two important factors to remember while using or attempting to use pyro’s are site insurance and safety. Some sites do not allow the use of pyro’s at all whilst other sites may limit the type(s)of pyro due to restrictions enforced by local authorities, insurance or even the site owners choice. Noise restrictions are becoming tighter all the time with some airsoft sites not allowing anything louder than a Mk5 to be used.

Safety issues are more important with the airsoft use of pyro’s as they are generally thrown in the direction of ‘the enemy’ and often blindly thrown into bunkers and similar buildings which contain airsoft players. Common sense is the major factor in avoiding accidents and injury. Generally speaking, pyro’s should not be thrown any great distance so as to land out of the throwers field of vision and also decrease the accuracy of it landing where it is intended. Always throw a pyro underarm and along the ground where possible. This lessens the chance of it landing from above the ‘enemy’ and possibly entering his/her clothing.

A very important issue that is often overlooked is the legal age of use of pyrotechnics. In the UK it is currently ILLEGAL for anyone under 18 years of age to purchase pyro’s. It is illegal for ANYONE of any age to use airsoft pyro’s in a public place unless it is an authorised and approved airsoft/paintball site or military reinactment or fireworks show.

Pyrotechnics are fantastic fun and add that extra element of realism to what is already the most realistic combat simulation sport or hobby. 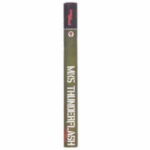 First up the MK5 thunderflash! Its pretty much the most widely used pyro that you will see in all sites. It is activated by friction ignition, you take the cap off which reveals a fuse with a pyrogen on the tip of the fuse and when struck it will ignite the fuse which is generally chinese time fuse with a delay of roughly 4-6 seconds. They produce a loud bang (130Db at 1inch, these vary by manufacturer and restrictions of the country) followed with a small flash that can be seen in the day but much more visible in the dark. They also produce a decent quantity of white smoke which adds to the effect. 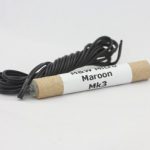 MK3 is the smaller brother of the MK5.

The MK3 performs better than it as it is not packaged in a long tube but in a more confined area and stronger packaging.

This means the blast is contained more and helps produce a thundering clap followed by a reasnable flash also. 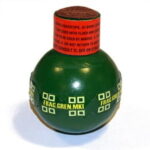 Next is the BB/pea grenade! These grenades are the most fun as they expel either plastic BB’s or more recently (for environmental issues) a lot of the products tend to come filled with dried peas. The charge that sets these off are roughly the same size as a MK5 but they do vary. Watching and listening to one of these going off brings a grin to ones face as hearing a loud bang then the surrounding area being peppered by dried peas or if your lucky some poor sod coming out holding there ass after being peppered! There are the standard ball grenades where you have to follow the same (ignition) procedure as the MK5 but there are some now that have a ring pull to arm the grenade which adds more realism but they all follow the same principles.

Shrapnel grenades are available in various shapes and sizes and differ in reliability and performance. Some are papier mache but the best ones are the ball grenades which use a 3″ aerial firework shell as the body housing. They are much stronger and less likely to be damaged in your pocket or webbing if you lie down on top of it.

The stun grenade. This little baby is a ninja in disguise as when thrown it produces 4-10 seconds of smoke which fools the enemy into thinking its only a smoke grenade but is then followed by a salvo of 4 MK5`s of about 0.5 second spacing! Oooh its all good fun. Some of the more recent ones from a certain ‘Global’ vendor in the UK have added magnesium flash powder which produces a series of very bright flashes as the Mk5 crackers activate. These are particularly effective in night games or indoor ‘CQB’ events. 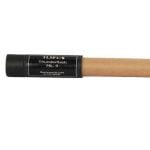 The beast of the hand thrown pyro……. the MK9! mwwwhahahahha this thing is at guestimation 20 times more powerful with a wopping net weight of 8 grams of pyro its very close to a similar product that the military use for training. It is the big brother of the MK5 as it uses the same materials, it’s just bigger user posted image The sound and flash is something to be reckoned with. The flash on this thing is visible very clearly and the noise will be heard from a mile away! Its overall the big daddy!

The downside; these are also the most dangerous pyro’s available if used incorrectly. If it goes off in your hand and you are holding the body instead of the handle, it won’t sting your hand very much. It will sting your wrist big time though because your hand will no longer be attached to it! The blast is VERY powerful and the decibel level can exceed 145dB. MK.9 thunderflashes should NOT under any circumstances be used indoors, the sound pressure level is too great and WILL permanently damage hearing. It should not be thrown onto gravel, loose stony ground or any other surface which could cause REAL shrapnel to be blown in all directions.

NOTE: Some sites do not allow the use of Mk.9’s at all. 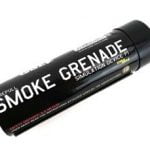 These are pretty basic as they come in a variety of colours and sizes measured in burn time ranging from 30, 60, 120 second but you can get smoke that will burn for 4 minutes plus. There are also high density smoke generators that will flood an area with smoke quickly and densly and will burn for 1-4 minutes, these come in either military smoke form or naval signal smokes.

These range from smokes to maroons in varied sizes and yields. They are initiated via rigging a circuit up and when you pass a voltage (3.5volts and above) through the command wire the connected electric igniter will ignite with a sharp crack and in turn, initiate the attached pyrotechnic device.

An Electric Igniter describes a fusehead that is ignited by the passing of an electric current through it. These devices are used to initiate pyrotechnic articles including, but not limited to; Maroons, Mortars, Smokes and Special Effects.

In pyrotechnics, an electric match is a device to ignite the end of a fuse under control of an externally applied electrical current. They are widely used in professional fireworks displays to control firing from a panel of manually-operated switches, or from a computer interface. Electric matches typically consist of a pair of 22 gauge wires joined at the end with a smaller-diameter “bridge wire” that has been coated with a pyrotechnic mixture formulated to ignite at relatively low temperatures.

Are used widely by professionals in displays but have been available to the public without licensing but have been restricted to people who have a genuine excuse and use for them. But due to recent times of conflict and changes in law there may be a chance that small maroons may be restricted further or even licensed.

Maroons are very similar in power and potential injury (or worse) as the MK.9 thunderflash. They should only be used by experienced and/or trained operators. It is technically illegal for anyone to use these in the UK without specialist insurance and storage facilities. However, Trading Standards are the somewhat overstretched authority who ‘police’ the use of pyro’s (fireworks) in the UK and as such is not strictly enforced. The big deciding factor will be when some uninsured (and most likely untrained) ‘know-it-all’ causes accident or injury with one of these devices. Please don’t be that person!

These range from 5, 10 to 25 gram maroons and produce the same effect of the MK5 just bigger once again (It only gets bigger chaps) but these can be detonated instantly on demand not like a pyro with a fuse were for safety you have to ignite the said fuse then throw with a few seconds to allow before detonation. The benefit of maroons are that they can be set up and left but they should only be used as background noise and display! As they have the potential to cause large amounts of damage to persons in the surrounding areas. They can be used for simulating airstrikes and and mortar fire or even gunfire by seting them up in formation and detonating them in conjunction with a sequencer to get the appropriate effect!