Whats in a name? Well, if you’re a license holder for a trademark or brand quite a lot! A lot of money; a lot of time and a lot of other resources will have gone into securing the rights to use said trademark on your products and to use the name to sell those products.

Theres a lot at stake for the Trademark owner as setting up with the wrong licensee can have disastrous results in negative brand awareness and ultimately sales. This is why an awful lot of time and money is spent by both parties on due diligence to ensure compatibility across a multitude of business areas.

In real terms licensing a trademark can be very very lucrative for both parties when done right and as a result you will always see copies of successful brands flooding a market as others try to cash in and take a slice of the pie by using a trademark on, more often than not, subpar items but selling them as licensed or simply by not bothering at all. Taking money from legitimate sales and the licensee too.

Sound familiar? It should do! Airsoft originated in Japan where their trademark protection laws are different to ours in the UK and other parts of the world. In the case of some manufacturers they operate in places where cloning/replicating/blatantly ripping off another company’s work and brand is considered the norm.

This means they don’t have huge R&D costs to recoup as thats already been paid for by the trademark owner so they can usually sell their product cheaper for one and another thing they are prone to doing is cutting corners on quality. Theres a reason a real trijicon ACOG costs £1200 vs £100 for a cheaper clone; same goes for Eotechs etc etc. I’m not judging here by the way; I am merely writing this as devils advocate and I know many people will go the extra mile to make sure everything they use is real and others who are perfectly happy with clone items.

Heres a famous example of it all going horribly wrong for licensed products in airsoft. Magpul. They were the original License held by PTS and they produced a full range of airsoft replicas of the real stuff. These were great quality and as such had quite a pretty price attached to them. Then they started getting cloned and were able to be bought for £10-20 for a CTR stock – for example. When fake magpul stuff, sold as genuine, started to find its way into real steel shooting circles in the USA and these things started to fail Magpul pulled the plug completely on airsoft.

If there were no licensed copies then ANY copy not made by them directly was a rip off and as such it made it a lot easier for them to be detected and have them destroyed. I know for a fact they actively pursued more than a few fake manufacturers and were aggressively litigious in defending their brand so as to avoid negative press in their biggest market. Not to mention lawsuits from shooters who may have been hurt using a fake product.

Why am I saying all of this you may be asking and what is the relevance? Well, I shall tell you now! Tokyo Marui are probably one of the best known airsoft brands in the world and the inventor of the AEG – ironically the gearbox technology they pioneered is rigorously protected in Japan, which is why other Japanese airsoft manufacturers had to come up with other systems like the bellows employed by TOP or the Systema planetary gears or face court action.

They are also one of the biggest offenders when it comes to using trademarks for which they pay zero royalties – H&K, Glock, S&W, SIG, Colt and Armalite to name a few. Don’t get me wrong I think I probably have at least one of each of those guns in my collection from Marui with beautifully done, but illegal in the UK, trademarks adorning them. In the eyes of the law they are fakes! It’s for this reason that the license holders for these trademarks issue cease and desist orders against retailers selling them as they are directly impacting on sales of the licensed products.

Why are Trades Removed? 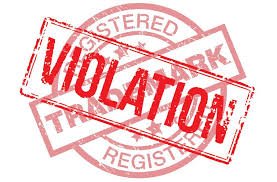 So when you see that the trades have been removed from certain models then you now know why. It isn’t done lightly and I know for a fact retailers do not like doing it but its that or stop selling those products and only sell the licensed versions and in a market that is awash with clone this and replica that they would soon be in a very disadvantaged position and as it stands this solution is one that for the time being at least has appeased the license holder meaning these items can still be sold in the UK.

A reason people have always been very negative about licensing in airsoft is the fact that some companies would pretty much hoover up any RS license going and then just rebrand absolute rubbish and sell it for a premium; I am happy to report that for the most part that doesn’t happen anywhere near as much these days but there are still some companies guilty of this.

On the flip side of that coin though are the companies that take it very seriously and produce replicas with decent fully licensed trademarks like ASG and Umarex. As more and more real firearms companies realise the worth of the airsoft market and more well known influencers like Lukas from T-rex arms extoll the virtues of airsoft for training we can expect to see the number of genuinely licensed products increasing and the companies that hold the licenses defending their right to use those trades in the face of clones.

If you want to see how much better licensed replicas are today then check out my post about the Umarex Glock G19X.