I have always been a huge fan of the Glock handguns from the very first G17 to the latest Gen5 offerings. In airsoft my very first GBB pistol was a no name G17 from Battle orders in the back of Gunmart; it broke after 2 magazines!

Since then I have had many different Glocks from many different manufacturers but my go to for the last few years has been the Marui offerings. Admittedly they are not the latest models, which is a little annoying but not the end of the world and with the release of their G19 a year or so ago I was more than happy to have a compact version to go alongside my G17 Gen3 and all was right with the world. 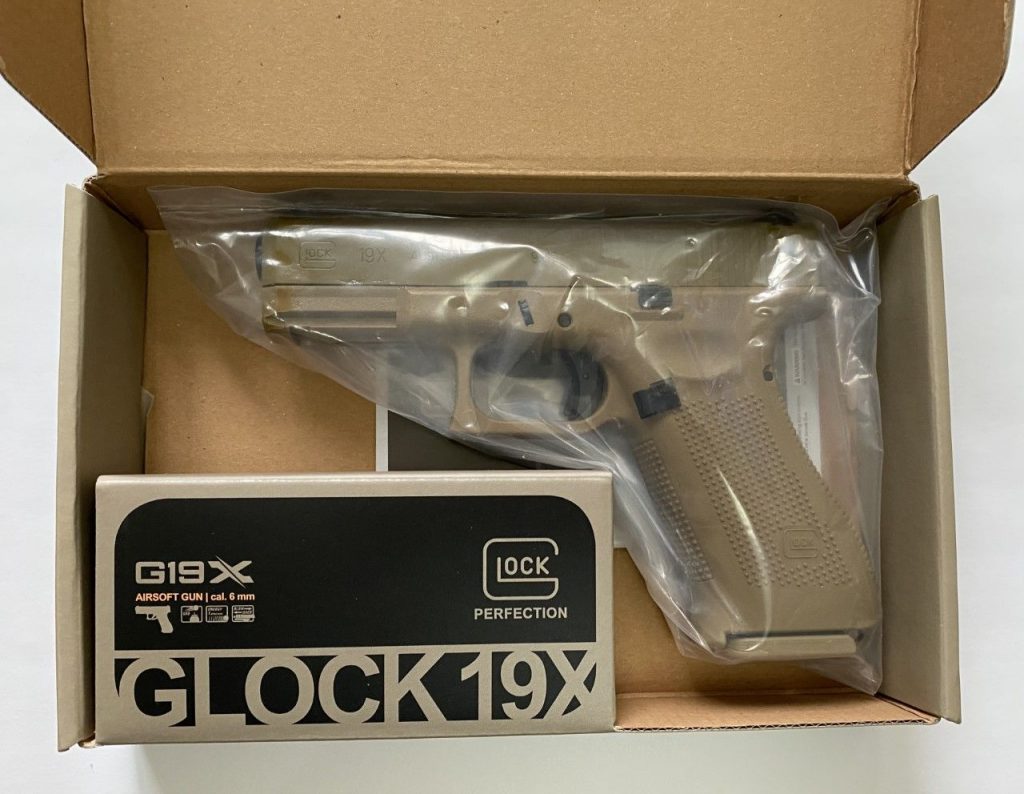 To me and many others the TM Glocks have been the “gold standard” by which all other airsoft glocks have been judged; and rightly so in my opinion. They are a solid gun, well made, good (although not 100% accurate or legal!) trademarks and they just work all the time; every time.

Fast forward a bit and the real steel world was taken by storm when Glock announced the G19X. It was what every glock lover has always wanted – the mag capacity of a G17 with the compact slide of a G19. That it was also in the running to be the US military’s new sidearm of choice also helped with the PR no doubt. 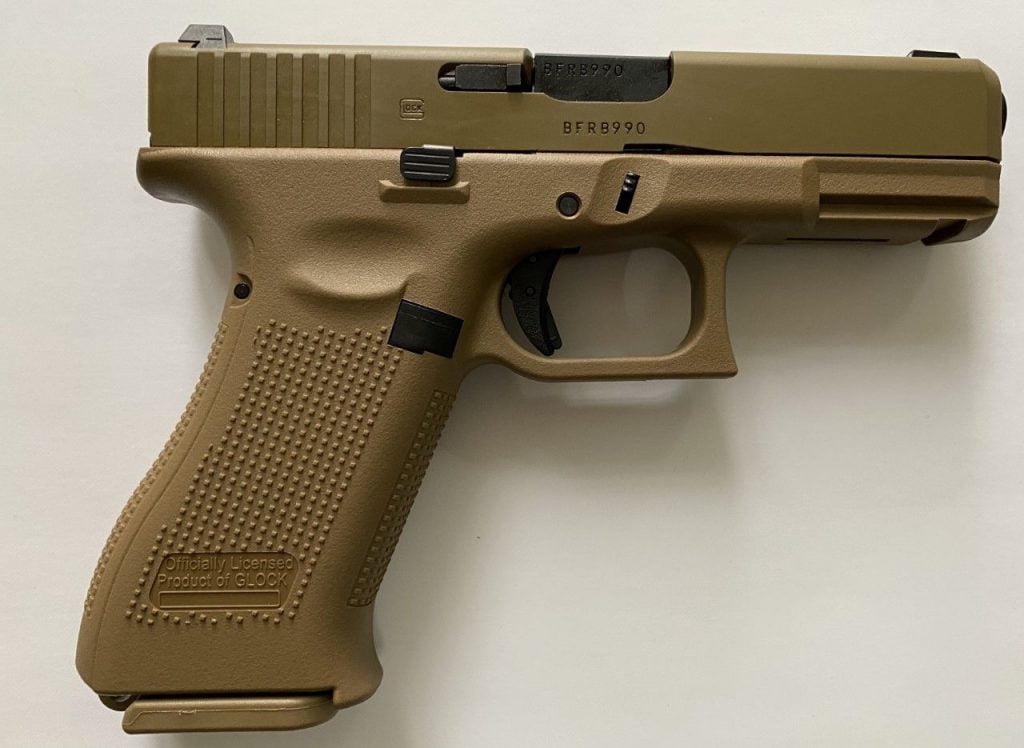 Whilst it lost out to the SIG Sauer P320 for that it had firmly secured its place in the hearts and holsters of the shooting public and luckily Umarex (the license holders for Glock in the airsoft world) also decided to see if it would capture the hearts of airsoft Glock affectionados as well.

Turning to VFC as they had done for previous HK and Glock releases they produced the G19X in the same desert tan colouring of the real one and faithfully replicated the features and markings of this Gen5 handgun beautifully. Whilst some of the early VFC GBBR’s had some issues; their pistols have been quite impressive so far and the G19X continues that pedigree. The polymer used for the frame is sturdy and well finished. The grip has the dimples on it which makes it very easy to hold even with wet or muddy hands.

The slide is done in metal – aluminium I presume and has a good weight to it with good crisp Glock trademarks on it and on the breach too; the serrations are deep enough to get a good grip to enable racking easily. There is very little wobble between the slide and the frame and the ambi slide release is easy to operate with either thumb.

Racking the slide gives a satisfying snick snick for want of a better expression and it all feels very solid and well put together. The accessory rail is well executed and when I put a replica surefire X300 on it there was absolutely zero movement; it was rock solid. This has always been a pet peeve of mine with some airsoft pistols that accessories can slop about on the rails and that ruins it for me 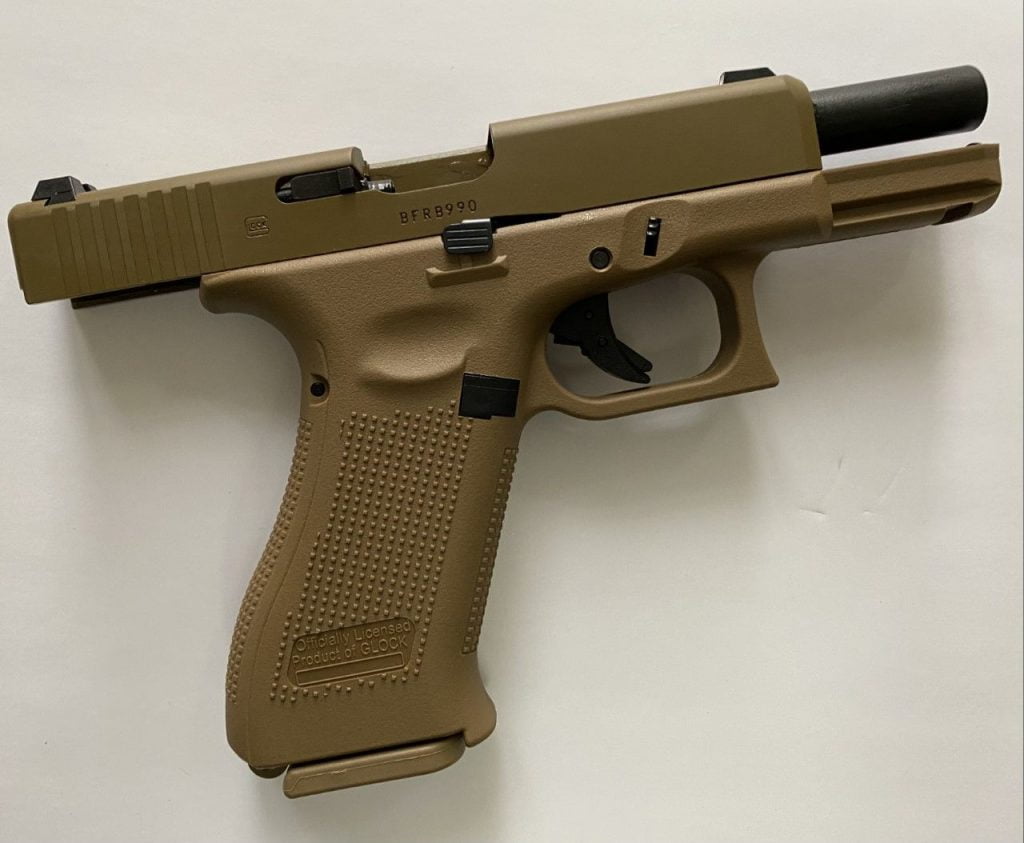 Loading the tan magazine that matches the colour of the frame with open blaster 0.28g BB’s and running it on Nuprol 2.0 gas, I could easily get a couple of mags worth of BB’s out of one charge of gas at room temp. approx. 18c at time of writing. Range was more than adequate with the BB’s sailing flat and fast to the end of my range from the door – a distance of just over 25m. 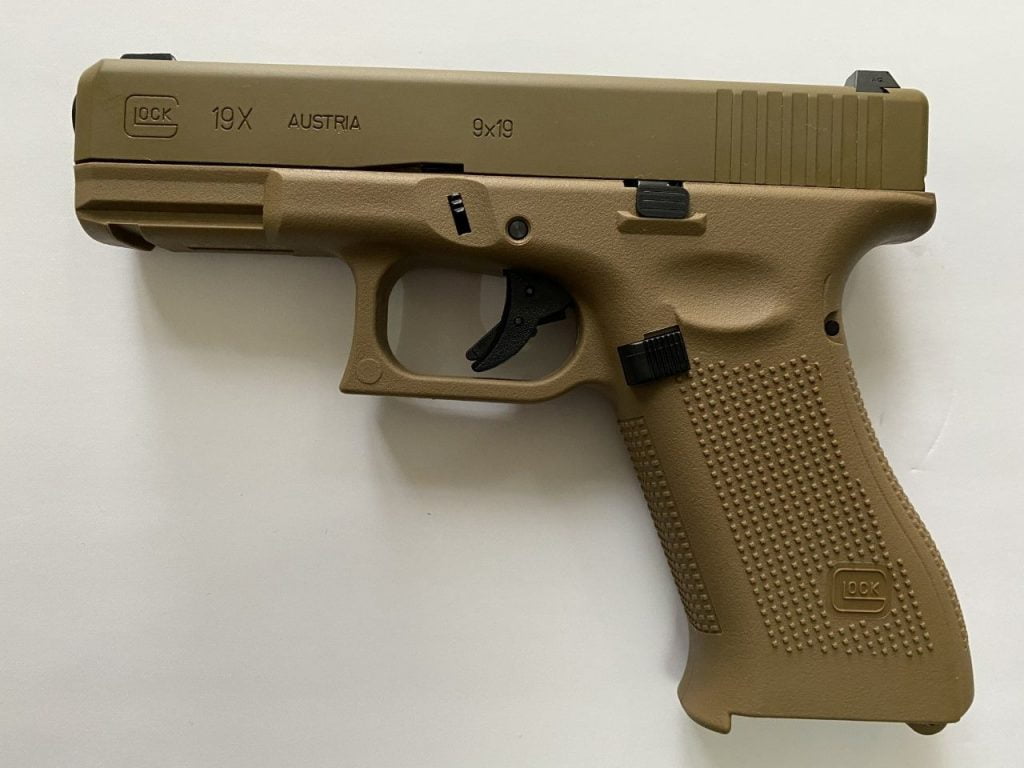 The recoil kick is nice and snappy with a good jolt to the palm of your hand. Certainly more than a Marui would deliver and it felt somewhat more satisfying all round to shoot than my favourite sidearm of the moment, which is a Marui G19. It felt more definite more positive in every regard from the trigger pull to the slide cycling. I’m not suddenly going to replace all of my Tokyo Marui glocks with Umarex ones (I did think about it for a bit though 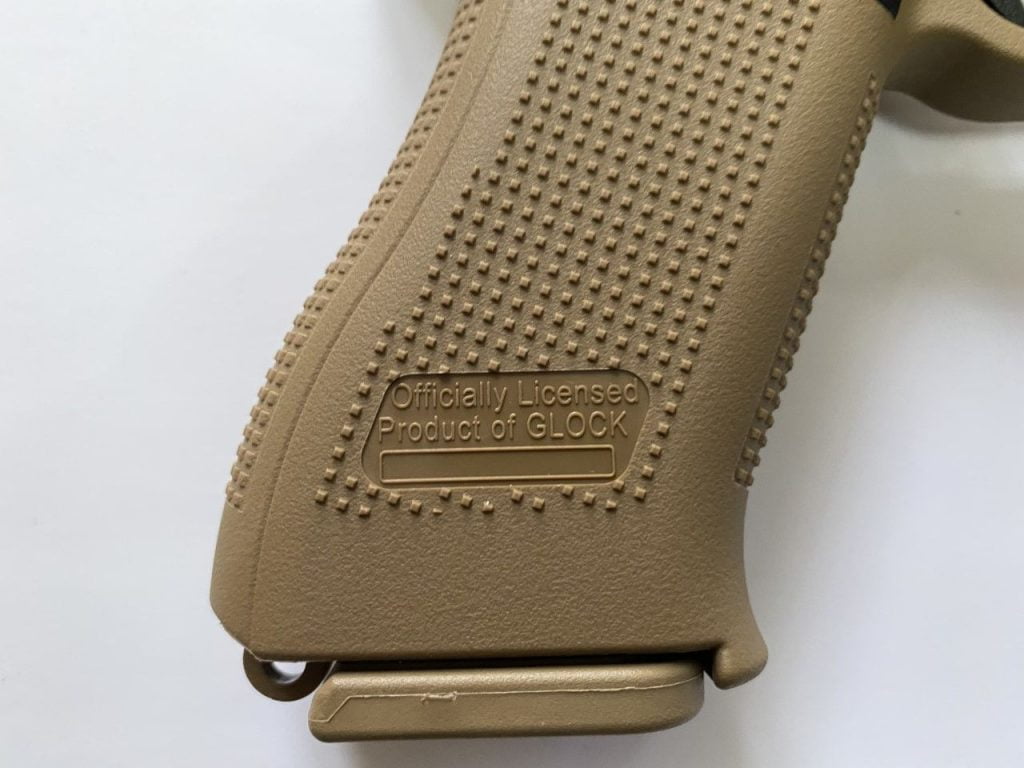 I’m not gonna lie!) But next time I want to buy a Glock it wont be as easy a choice as it has always been in the past. It may well be that Umarex will have to knock Marui off the top spot, which is genuinely something I never thought I’d say! 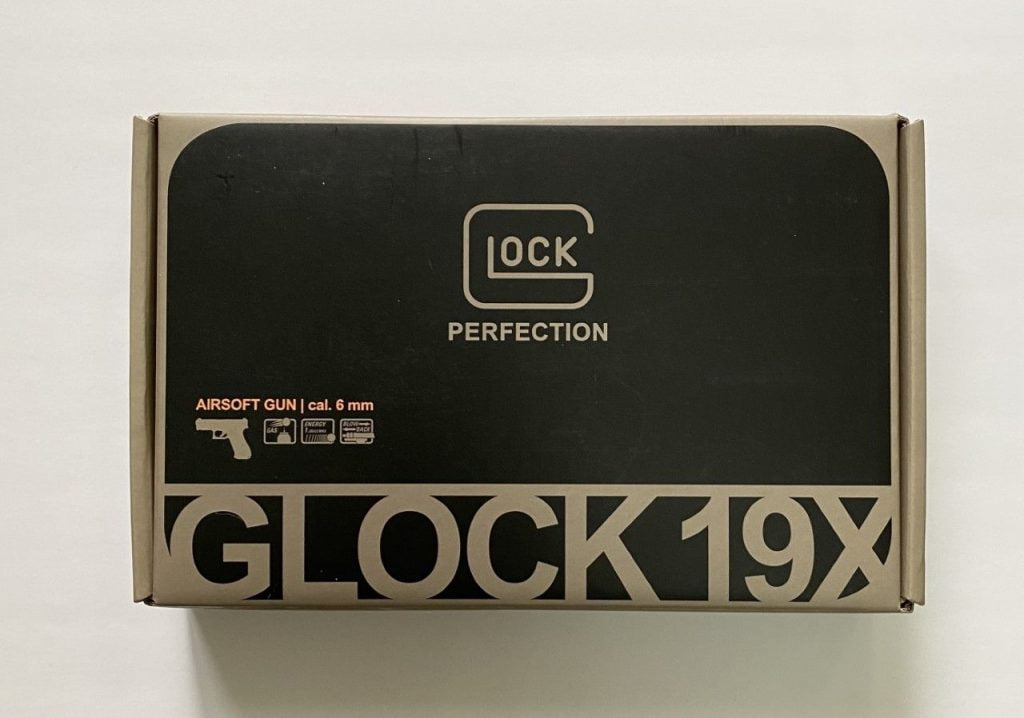