One of the questions most commonly asked by people new to airsoft is, “What airsoft gun should I get?“. The question arises because it’s assumed that airsoft guns have distinct performance differences, just as the equivalent real steel guns have. Everybody wants the longest range, the best accuracy, etc, and there must be one or two guns out there that outperform the rest, right? 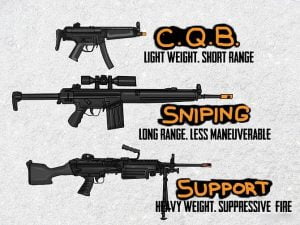 The truth is, there are less differences between airsoft guns than there are between their real steel counterparts. Gun-for-gun, all that stuff about barrel lengths, range, ammo, power, rate of fire, whatever, is much closer in airsoft. Airsoft guns do differ at the extremes but, in general, they’re so close that the various performance aspects aren’t really the main things to consider when choosing a gun.

So, if airsoft guns are very similar, performance-wise, it’s perhaps better to say that it’s not about what the gun can do (because, broadly speaking, they can all do it), but what you can do with the gun. A quick look through any retailer’s web site will show you that, even though perfomance is very similar, the styles and sizes of gun vary enormously. In a word, they all have different ergonomics – and that means…

The choice of gun is personal to you. 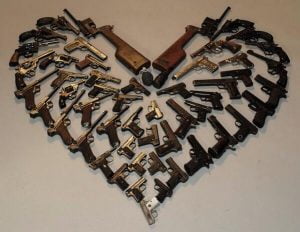 Probably the most important thing to consider is how the gun fits you. People come in all sorts of shapes and sizes, and a gun that fits a tall, lanky person might feel awkward to a short, tubby one, and vice-versa. It might be too long, or too short. It might feel heavy at the front and want to pull downwards all the time, resulting in a tired arm. The controls might be in odd, hard to reach places. The butt might sit oddly on the shoulder, or the sights might be difficult to use. There are lots of reasons for a gun to work for one person and not someone else.

The only way to find out if a gun fits you is to go and try it out.

Go to a shop and do just that. Or go to a skirmish, talk to other players and mooch a moment or two with their guns. Try out friends’ guns if you know folks that are already into airsoft, even many BB guns can perform similarly. Most importantly, try out various guns – you’ll be surprised at how different they are just to hold, shoulder, and aim. You will very quickly realise that some feel wrong, and that some feel right. Make your shortlist from those that feel right, and then do your homework to narrow down to the perfect choice for you.

The right choice for you depends on what you want to do with it.

Although basic performance is very similar, airsoft guns still differ from each other physically, and your intended use can influence your choice. For example, long guns are more awkward to handle in close quarters situations inside buildings. Some guns have special rails for adding lots of accessories. And some guns use large magazines – which means you’ll need a way of carrying spares.

Nobody can tell you what that perfect choice is – only you can do that, because it depends on what you want to do with it. Just…

Make sure it fits.

Make sure it has the right bits.

And, if it matters to you, make sure you like the look of it.

Do these things, and it’ll be a long time before you feel the need to change. Unless you get the wallet-emptying airsoft bug…. Good luck! 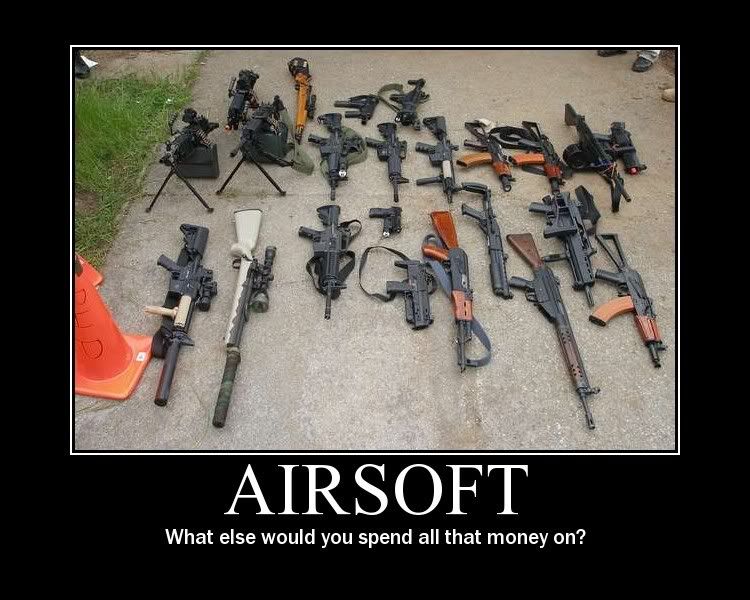