Everyone loves a good replica of the Mk18 mod1. Its a great looking short barrelled rifle (SBR from here on out) that is used by certain elements in the USSF community and now is even available as a civilian semi auto only variant from the creators of the rail – Daniels Defence.

Obviously the military version is select fire and builds on the structure of the classic M4, which some units use it in place of. It is shorter than a standard M4 carbine by around 3” and instead of having the KAC quad rail, which isn’t free floated and attaches to the barrel at the front sight post, it has the excellent mod1 block2 9” free float rail. This provides additional real estate for accessories over the older KAC design but has the added benefit of not touching the barrel at all thus improving accuracy. 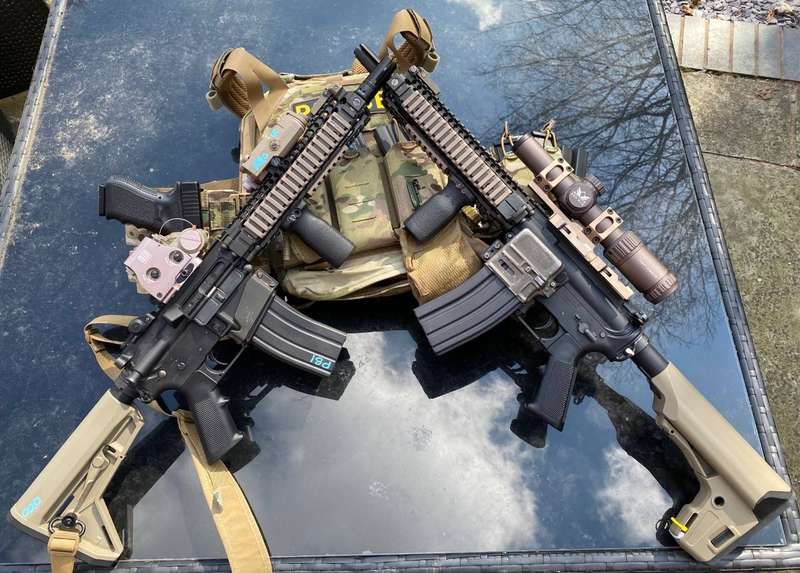 The Mk18 is the poster boy for the AR platform at the moment along with the other SF favourite the HK416 and there have been a glut of them released recently and in the last couple of years generally – some licensed by Daniel Defence and others not so much. The to Marui ones I am looking at use the madbull rail, which is a licensed product and a bit of a departure for Marui!

This rise in popularity does mean, however, that now there is a Mk18 option for pretty much any budget from the cheaper end of the spectrum all the way up to the high end models like Tokyo Marui and GHK. Today we are going to focus in on two models available at Defcon Airsoft and that is the electric recoil NGRS Mk18 and the MWS based GBBR Mk18. 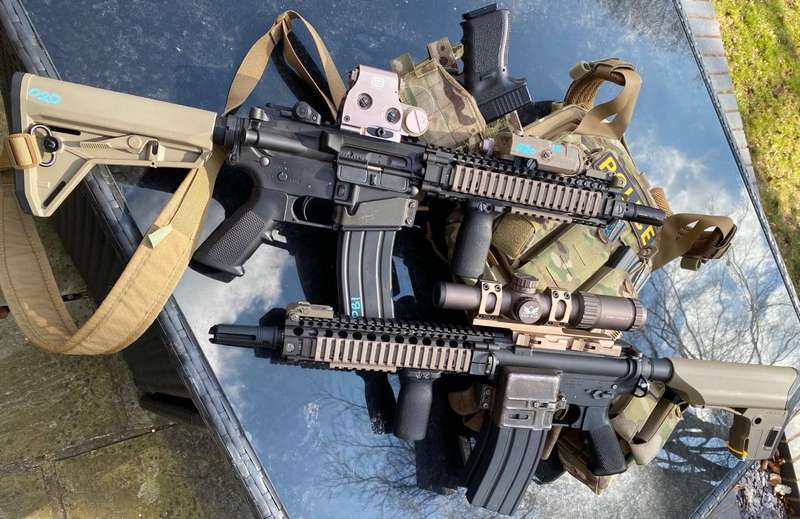 So gas or electric? Thats the big question; what do you want from your replica as both have some felt recoil but the GBBR version is obviously more intense than its AEG brethren. Do you want more ammo capacity? If thats the driver for you then the AEG Next gen series has a bigger mag capacity and if you opt to purchase some of the extremely well regarded PTS next gen EPM’s made specifically for the Marui recoil AR platforms then you can have 120rnds of buttery smooth feeding, which is more than ample (if you have a few of them) for most games.

Taking the GBBR Mk18 in a little more detail first. It is based on the extremely popular and well proven MWS platform utilising the ZET trigger group system that while it has little in common with a real AR trigger group it does bring added durability to the replica and doesn’t detract from the overall experience…and what an experience it is too. It’s as close as you’re going to get to a real firearm with an airsoft gun in the way you need to manipulate it, how it works; how it takes down, the magazine capacity and of course – the recoil. I love my Mk18 MWS and quite often it is my go to. That isn’t to say that it doesn’t have its downsides. With realism comes some limitations. The biggest two for some people will be the magazine weight and the ammo capacity. Each mag is around 450g and holds 35 BB’s. If youre moving from an AEG and hicaps or even midcaps then thats a heck of a drop. The second is the weight of the mags. They’re around 450g which is anywhere from 2 to 3 times the weight of a normal aeg polymer magazine. Finally on the mags is the gas. Sometimes you need to adjust the gas you use to the ambient temperature. The MWS is less susceptible to this than any other GBBR I have ever used but it still needs to be done sometimes. If you do this though it is possible to use a gas gun as a primary all year round; and I have. 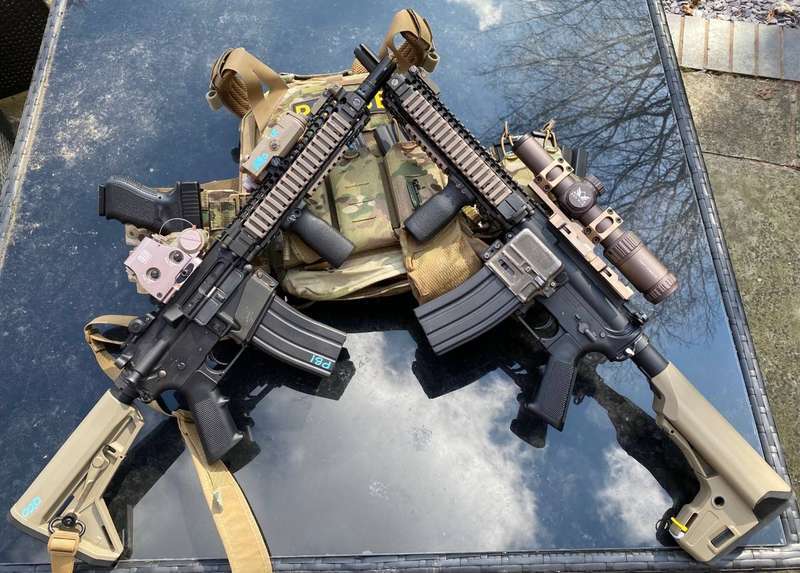 Now let’s take the NGRS aeg version. What can I say? In my humble opinion it offers the best of both – with compromises though! Well, nothing is perfect is it!?

The recoil is there along with aeg consistency shot to shot regardless of the weather. If you have a decent charged battery it’ll keep chugging away for thousands of shots. It’s certainly cheaper shot for shot when compared to a GBBR. There’s no arguing with that fact. It does, however, feel somewhat sterile in comparison. It does have the features that make it comparable such as last round cut off and the mags feed every round (if you use the Marui compatible ones that is) but the feel of the gun stopping isn’t the same as a GBBR. Neither is hitting the bolt catch to cycle the gun when you insert a fresh mag. They work but they are imitations.

You’d think im really down on the Marui NGRS by now but you’d be wrong. It absolutely love them and have several myself. I will keep on buying them too because they are simple the best most realistic AEGs available today without spending silly money on them and you really don’t need to spend twice the price of the gun on upgrades to be able to use one in game either. All of mine bar one are stock power and 3 have R-hopped barrels but that’s the only upgrades. If you are looking for one go to gun then I would suggest the NGRS Mk18. If you feel you want a more tactile experience and are willing to put in the work yourself both in changing game play style as well as the operational side of the gun then I think you’d be well served by the MWS GBBR Mk18. If you’re really lucky – get both!